What does the Tokyo Mandarin have to do with GE?? 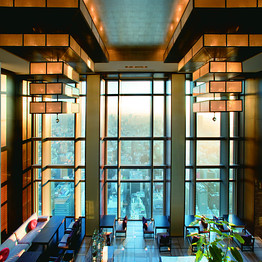 WSJ
The Mandarin Oriental Hotel in Tokyo is turning five years old this December. To commemorate the milestone, the posh hotel in the capital’s central Nihonbashi District is willing to turn over its beds wrapped in 450-thread count sheets from Italy, Michelin-rated restaurants and cocktail bars on the 37th and 38th floors to someone and his or her 500 closest acquaintances for one night. If that certain patron’s pockets run 55 million yen (roughly $672,150) deep, that is...


In an emailed statement to JRT, Christian Hassing, general manager of the Tokyo Mandarin, said the hotel already received inquiries from both individuals and corporate clients in the week since the deal was first announced. “It could indicate that global economic conditions are recuperating at a faster pace than initially anticipated,” Mr. Hassing ventured.

So what does this have to do with GE??

Well, GE reports earnings--and they, as a corporation, have been spending money again. On corporate parties.

Doesn't that mean that GE already knows and sees what the Mandarin Hotel is sensing? That the global economy is turning faster than the pundits thought?

So doesn't that mean, that GE will say better things about the economy going forward when they report earnings this week?

In fact, aren't they required to do that?

After all, they own bubblevision!!
Posted by Palmoni at 12:49 PM

are you buying GE?