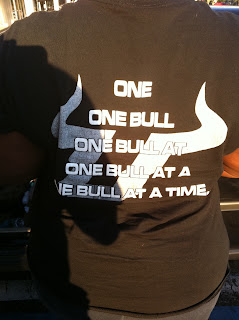 Yesterday, I decided to pick up a new laptop, and I went to a Staples store in Northern Florida, and I saw this woman with her family outside the store, and she was wearing this shirt--so I just had to take a picture of it.

And that's this market.

After I picked up my new laptop, I drove by the local church, and I saw this posted outside. 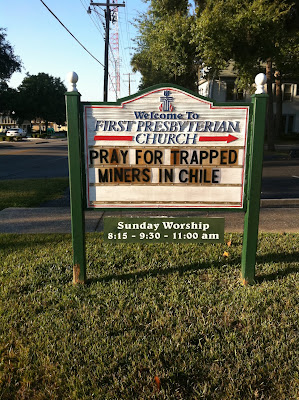 Today, the miners trapped underground in Chile will start getting rescued. And this weekend, many prayers will be answered. 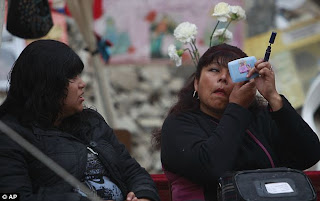 When they were first trapped, they had nothing but themselves and their faith to live. But unwavering belief gets results, as the world mobilized around the trapped Chilean miners, who have already lived in their own underground hell for 64 days. 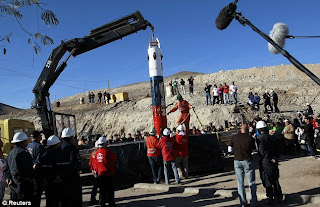 Can you imagine if some of Wall Street's crybabies were stuck underground? How long would they last? These folk who think that Americans can't overcome any of their adversity--these folk that think that those suffering don't want something better, or that they'll do something about their situation to make things better, because they want their life back.

No, the folks on Wall Street think that you'll just do nothing about your life, and then, they bet against you.

Can you imagine if these trapped Chilean miners were stocks? How Wall Street would have bet against them??

But the world moved around these miners, because they had the faith to believe! 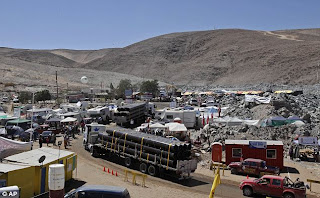 They wanted their life back.

And now, they are getting it.

The capsule, that the miners will be pulled up from, is called the "Phoenix." Because these miners really know what a resurrection feels like!

Sometimes, I just tell these bears to go to hell, but I don't wish hell on anybody. Bears are skeptics, and for them, faith is foolhardy, when in fact, it was foolhardy to be skeptical!

But if these miners can get their life back, how is it that Wall Street shortsellers think that John and Jane Doe and his and family can't?

When I'm on the streeet, I always talk to people. I just don't want the sanitized version that Joe Klein gives when he travels around country before elections.

I asked the lady with the shirt on at the top of the page, how things were going.

And that's why the bears on Wall Street get is so wrong.

They don't have "belief" on their spreadsheets!
Posted by Palmoni at 9:53 AM

do we wait for a pull back before buying?

"It is impossible for that man to despair who remembers that His Helper is omnipotent." Jeremy Taylor