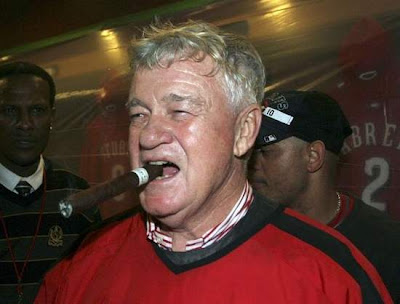 A lot of players could be seen on TV smoking the cigars, and Reds owner Bob Castellini was passing them out. But video doesn't affect the investigation - the health inspector has to actually see someone smoking, said Rocky Merz, health department spokesman.

Five people called a statewide smoking ban complaint hotline, Merz said. Those complaints were sent to the city health department today for investigation. Castellini will get letter soon notifying him of the alleged violation.
Posted by Palmoni at 9:53 AM