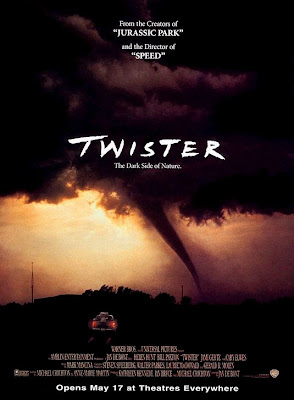 Twister is my ode to the 40th anniversary of the Apollo landing, but maybe it is just my juvenile perspective, that sees a Joe-Sixpack moon in the movie poster.

But seriously, how many surround-sound systems did "Twister" sell in the late 90's?

Which brings me to Harmon International (HAR). Has anybody watched the action in this number lately? Why does it trade like something is up? Is this just a play on the recovery in automobiles?

But remember this buy-out at $120? By KKR and Goldman Sachs? And Goldman creating the stub equity that would allow public participation in the PE component of the deal? And then how Goldman, and it's lawyers, walked away? Didn't Goldman lead the bust up of M&A deals?

In Goldman's research, they have been touting the re-appearance of M&A. Is it possible that PE could be sniffing at Harmon again? Nobody would even consider that possibility.

But did anybody even consider the possibility that Goldman would walk away from a deal two years ago?

I know that idea is a stretch, even though there was good action in the August 25's yesterday, but what is apparent is the HFT (high frequency traders) have gotten a hold of this number in the past week, and have materially increased the buying on the stock.

On the chart, it's at a triple top and at the top of a channel, and the last two times up there, it pulled back really quickly. But that was before the machines got involved, and now you still have a big short base in the stock.

And that's the twister in the stock.

I don't have any idea what is going on behind the scenes, (bad pun, I'm sorry) but this number has been easy to trade, with the help from the programs.

And maybe, that's all that matters.
Posted by Palmoni at 5:48 AM

Just got back in HAR here at 21.33 on the sell off from the fake sheikh buyout at $49.50 news that somebody puked up their stock on!