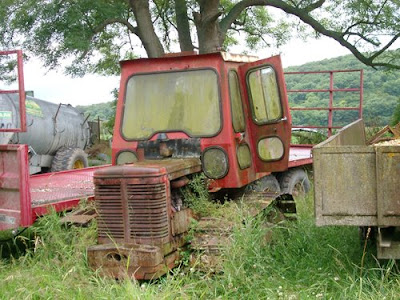 But thank goodness for the savior of mankind, Mr. Bernanke. Ohh we must give him some credit. Otherwise we would of been in a world wide depression, and CAT tractors would be rotting out in the fields!

At least one shill called it right. As I recall, "So take the calls. Heck the July 35s are a nickel and the August 36's are .88. They're dirt cheap. And soon CAT will be shoveling dirt on those short!"

Heck, I had a 42 target on CAT on my piece on the Dow. Whoops. Looks like that will be understated also.

I must of been playing AAPL's game!!

From 33 and change--touted here Wednesday!