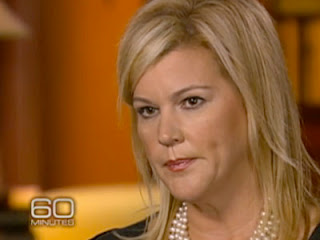 All of a sudden she got media shy?

Dow Jones:
Meredith Whitney has been called to appear as a witness at an upcoming hearing by the U.S. House TARP oversight subcommittee, Fox Business Network's Charles Gasparino reported Thursday.


Gasparino cited sources as saying the financial analyst, whose prediction of potential defaults totaling "hundreds of billions of dollars" is widely blamed for the recent selloff in municipal bonds, has declined the offer to appear at the Feb. 9 hearing.

So for the dear Congressional aides, who eventually will grill her--here's her report.

Who is she kidding??