Goldman has "conviction" on Disney

So bow they have a target of $48 and a conviction buy.

Remember when Goldman, as a firm was short equities in March of 2009? And how Disney was on their conviction sell list? At least Goldman git it right. They switched sides. So lest take a look back--for a moment:

But before we read holy writ--which the post below will seem like--let's look at some of the nonsense written at that time.

How about Deutsche bank saying that 53% of high yield bonds will default? Where in the name of G-d did they get the figure out of 53%? You know where it came from. Out of their ass!
-----
April 6 (Bloomberg) -- About 53 percent of U.S. companies that issued high-risk, high-yield bonds will default over the next five years, according to Jim Reid at Deutsche Bank AG.

The figure compares with a 31 percent five-year rate in the early 1990s and 2000s, and as much as 45 percent “in a very, very different market in the Great Depression,” Reid, the London-based head of fundamental credit strategy, wrote in a note to clients today. The estimate is based on the premium investors demand to hold the notes and assumes recoveries from the defaults will be zero, Reid wrote.
-----

What did Bloomberg have to say today about junk bonds 22 months later?

The wall of bonds and loans maturing through 2014 has crumbled by $482 billion, or 44 percent, since 2009, reducing the threat of defaults and allowing companies to bring riskier deals to market. The amount of debt due in the next four years dropped to $671 billion, from $1.2 trillion in 2009, according to JPMorgan Chase & Co. Some $163 billion of bonds and loans come due in 2011 and 2012, or about 60 percent of the refinancing activity in 2010.
Of course Bloomberg also then there wasn't enough money around for stocks to rally. How did that work out?
--------------------------
Or Mike Mayo saying that bank losses would exceed Great Depression levels?
-----
April 6 (Bloomberg) -- CLSA analyst Mike Mayo assigned an “underweight” rating to U.S. banks, saying loan losses may exceed Great Depression levels and the government may be forced to take over large lenders.
--------
Or the WSJ saying that the profit debacle would short-circuit stocks:
----------

That's just one day in April of 2009 when Goldman was telling people to sell Disney. Everyday you can find noise. But who really cares? The S&P will make $100 this year and probably $111 next year. Back in April of 2009, S&P earnings were estimated by Wall Street to be about $63. Of course, you had the write-offs, and so then, you had bears saying the multiple was 100X!

And now you have all these technical folks lamenting the fact that stocks just keep going up, and the traditional trading patterns that these daytraders have lived by now don't work.

Well too bad. Become a buy and holder then! Quit crying or change your trading style!

So today, when we see Goldman putting Disney on a conviction buy after having a sell on it at 16--and today when we see that the junk bond debacle that was predicted, along with every other tidbit that the bears want to come up---It's just noise designed to fleece you out of your stocks.

Isn't that Patriotic enough for you?? 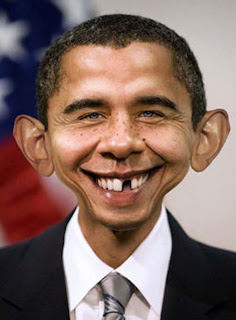 Who needs to worry? 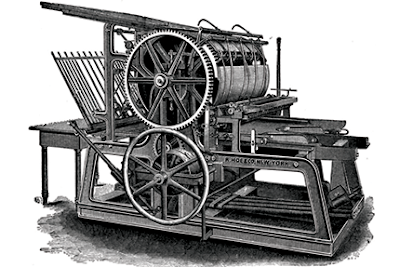 It seems that we always get these games. Today it was the downgrade of Bank of America and Wells Fargo.

This morning, Ken Lewis of BAC, said he wanted to start paying back TARP funds next month. Then in the late afternoon, Moody's comes out and downgrades Wells Fargo and Bank of America's preferreds to junk, and like clockwork, the credit default swaps of BAC widened by 40 basis points, and WFC widened by 25.

And like clockwork, it gave the bulls a chance to pick up cheap inventory!

And like clockwork, the market jammed those that wanted to short and those that made the dumb sales, on the even dumber downgrades.

These downgrades don't matter. We are in a new bull market, and the bear story is over.

The bears just can't deal with that fact of life.

Every day, I have to convert these die hard bears, and I have more than an arsenal of arguments, but their inflexibility is still amazing to see, and they keep coming up with these elegant reasons, why the market needs to come down, but they can't see that the market isn't listening.

Elegance doesn't count for much when you are playing smash mouth football, and that's the game that we are now in. It's no longer the game of naked shorts, widening swaps, and silly rumors.

If you want to fear the bears, then you might as well fear your own shadow. If they were on the football field, I would pick them out and just run right over them.

No one dance, not one jig, not one juke, but just smash mouth power.

And that's what this market is now about. It's not a market for cowards. Every dip down, makes the weak handed fear that good times are going to re-appear for the shorts and the bears.

Today we ripped the bears on the downgrades, but yesterday, it was the zerohedge story on toxic assets that spooked the markets. Let me indulge you on how this works. Here was the story that came outTuesday, and it came out at 1:27 EST.

The Ridiculous Marks of Toxic Assets
Posted by Tyler Durden at 1:27 PM

The Treasury's arbitrary transaction price of 84 for the "pool of residential mortgages" seems to not have been all that arbitrary after all. In fact, as it may turn out, it was gloriously optimistic. A report by Goldman today on the PPIP caught my eye, with one chart in particular, indicating that bank are still marking the bulk of their "assets" at 90-95! Of particular note is Citi's delirious optimism on marks in its assorted asset classes, especially commercial mortgages.

A PPIP transaction at 70 is one thing, one at 95 is very much different, especially when the FMV is in the 30-40s, as the potential equity upside is very limited, while the downside is... well... much less so.
http://zerohedge.blogspot.com/2009/03/ridiculous-marks-of-toxic-assets.html
After that came out, the financials, led the market down. Now this story was picked up by a more mainstream website, which has plenty of great market information, except that the editorializing journalists still haven't figured out that the salad days of being bearish are over! That was this morning, so we had a second go around on the same story, but the market didn't cooperate, because durable goods perked up--which was something the bears hadn't yet made adjustments for!

But the bears tried it today, with yesterday's story again!

Banks Still Pricing Toxic Assets Ridiculously High
Joe Weisenthal Mar. 25, 2009, 6:51 AM
A recent report from Goldman Sachs, obtained by Zero Hedge, indicates that the majority of bank holdings are still priced between $.90-$.95 on the dollar. Citigroup (C) is a particularly egregious offender, notes the Goldman report, though by and large they're all in lala land. It's more evidence, as Henry Blodget just noted, that when all is said and done, this new bailout scheme will bankrupt the banks.
http://www.businessinsider.com/banks-still-pricing-toxic-assets-ridiculously-high-2009-3

Bankrupt the banks? When the taxpayer is taking their toxic assets off of their balance sheets? Give me a break! That statement is just dumb. It will get eyeballs but it will just make you poorer.

So today, we had the Moody's tag team. But haven't we always seen this weakness in stocks before Moody's makes one of these announcements? How about when they were playing around with their downgrades of GM?

It's just market information that is leaked, but now it doesn't matter.

In fact, let's take a look at Goldman Sachs and their downgrade of Disney Tuesday, after Monday's 500 point move. Why not take a name that everybody knows and downgrade to take the edge off that the bulls had in psychology?

It's Goldman's same old game. Remember March 13, when Goldman removed WalMart from their conviction buy list? The Dow had tacked on 350 points that week, and it never looked back, so Goldman threw out another name that everybody knows, to dampen psychology. Boy that was a helluva call, and so effective wasn't it? The market only tacked on 250 points in their face!

The point is, the professionals aren't long, but short, and they don't have stock exposure, and their are getting anxious and nervous.

And today, once again, the bulls steamrolled the bears with their silly little games. That rally, was smash mouth football. Offers were taken in size, and taken aggressively, and it cowered the bears-They had the "Steamroller Blues!"

Now Friday the banking executives are all meeting with Obama in the White House. I think they are going to cut the terms of the TARP money. Here's my opinion on that.
http://aaronandmoses.blogspot.com/2009/03/time-to-cut-terms-of-tarp-money.html

But maybe it's another plan!

I just know that those in charge need stocks higher, and last I checked, our Government has a printing press, and all those who think it is an ineffective instrument, should take a look at it again.