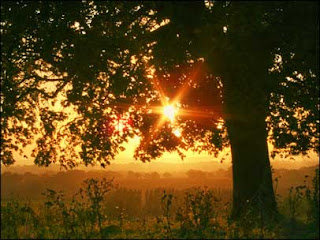 And John Chambers--will finally admit to seeing some sunshine.

I've sold puts on this name, as I don't know how much it will move.

Of course to the bears, their sunrise looks like this: 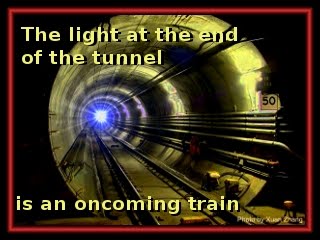 But why wouldn't they say that?

Because we are only at the start of the biggest bull market they will ever see.

And while we are talking about that. Remember all those bears at 700  who said we were going down to 325 on the S&P?

Is that really so ridiculous now???

In fact, do you really think anybody will be talking about the pension problem then? Or the muni apocalypse that won't ever happen?

If Wall Street was fair, like in football, Meredith Whitney would be the understudy of Sue Sylvester's understudy!

Because these bears still haven't even sobered up!! 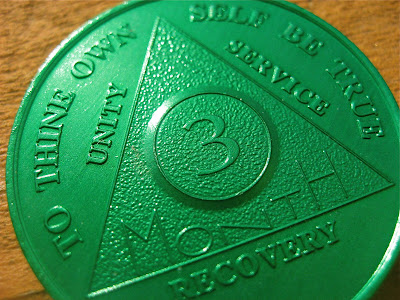 But no one else will. The bulls flip to bears when the market stalls, just like a sober alcoholic goes back to his drink.

The bears can't go in the bull camp because their positions are contrary to it, and so is the news.

And like an alcoholic, who thinks a drink will make him feel better, they go back to their shorting ways, not realizing that the punch bowl for the bears has been taken away, and the market is on the road to recovery.

So I threw in some math, that only someone with "wet brain" would appreciate.

The market just got it's white chip.

It's not going into relapse yet!

The green chip comes in 90 days.

And that's when the bears will sober up
Posted by Palmoni at 2:02 PM