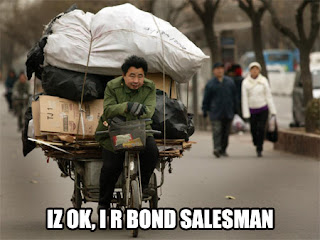 WSJ
Yields on junk bonds hit an all-time low, dropping to 6.837%, according to the Merrill Lynch High Yield Master II Index, breaking through the previous low of 6.863% in December 2004.

As the Federal Reserve continues to hold short-term interest rates near zero, investors have been pouring cash into risky assets in search of higher returns. Through the first six weeks of 2011, they increased their stakes in mutual funds focused on junk bonds by a net $4.6 billion and by $5.4 billion for funds focused on leveraged loans, a related risky asset class, according to Lipper FMI, a unit of Thomson Reuters.

Propped up by 10 consecutive weeks of fund inflows, the average high-yield, or junk, bond now trades at 103.89 cents on the dollar, according to the Merrill index, with an average risk premium of 4.54 percentage points above comparable Treasury bonds, down from 6.22 in early December, according to the Merrill index. Risk premiums are the additional return investors demand to buy these bonds rather than Treasurys, which are considered the safest fixed-income investment. 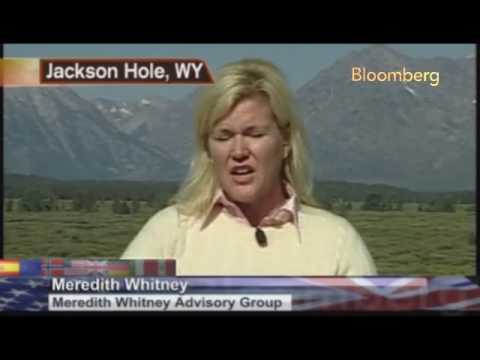 So is the entire junk market wrong--or is it just Meredith?
Posted by Palmoni at 2:53 PM

Surprised you don't have any comments on the Wisconsin state union protests. Curious on your thoughts.

yeh I saw that--what a zoo at the Capitol