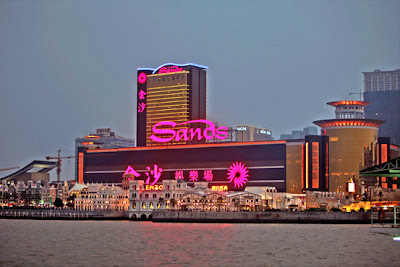 Sheldon Adleson said he was doing "the Lord's work" around the globe.

Macau market--site 7&8--what does that mean? What is their view? What will happen to the Cotai strip.

Sheldon doesn't really know what the Macau Government is thinking. Wants to develop critical mass. Wynn originally said it was stupid to develop Cotai--Now everyone sees Sheldon's vision. Sheldon doesn't care who develops 7&8. They have site 3--and it will add to their convention center. So who cares who develops 7&8? Sheldon would prefer someone else to develop 7&8.They also have 5&6 to develop. (Now of course, Steve Wynn, in his public pronouncements has been kissing the ass of the Macau leaders.)

So Sheldon would rather spend the money elsewhere, and let someone else have it. By capping tables--the good news is that LVS has the only must see property in Macau. Cap tables--so what--it will bring more margin expansion to LVS.

Site 3. LVS owns the site--it can't be taken back.

Junket reps--they "own" Macau. You work with them. They didn't get "respect" from Steve--so Sheldon's mandate is to stick with the junket reps, as good partners. 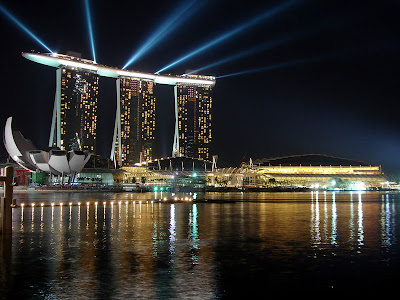 Haven't yet determined seasonality, and they are still ramping up. They are getting enormous amounts of publicity.  Getting players from the Indo-Chinese market, Bangladesh, Laos, Cambodia, Viet Nam, etc and other developing markets who are coming in with huge amounts of money, the haves, who have been sucking the money out of the have nots for years--and then, they are telling their friends.

The players are "incomprehensible" as how much they bet and how much they play, and how much they "challenge luck."  They'll play for $5 to $10 million a night!  Staggering amounts of money are coming in. 1,000 names of players that can lose $10 million a night--and building. LVS is much more conservative than other casinos in issuing credit. They are "very happy" with the progress--and when we release our earnings, you'll find that we will increase our earnings "a lot."  Said with a hearty laugh!

And in the years ahead--Japan: 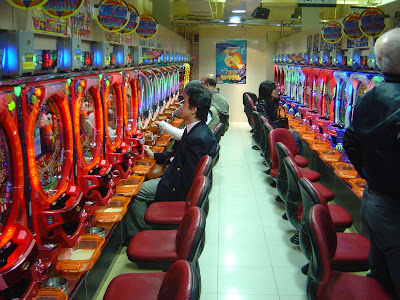 Bottom line--a draft of the gaming law will be submitted and voted on before June--and then, they'll make comments. Legalize gaming and change the laws.  Sheldon thinks Japan will be the "golden ring."  Right now, there are 4.5 million pachinko "slot machines"  and the potential in Japan is bigger than Singapore--since those machines just pay out "trinkets" and then, they sell these trinkets to the store next to the pachinko parlor. So legalized gambling will be huge.

In regard to Vegas--I can tell you, that when I went to CNBC on Friday, (CES Consumer Electronic Show) and I went around the convention center, it "felt like the good old days."  Thinks the year "looks and feels pretty good."

Sheldon said  that there 30-40% more bookings at this time versus last year--and that number, was corrected and is really lower than what Sheldon said--it's up over 60%!!!

That's a very good indication where the future is going.

Sheldon: "growing all the time, and people will be very happy when we release the numbers"

And that's what the stocks say.