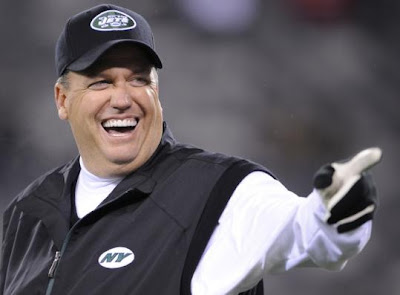 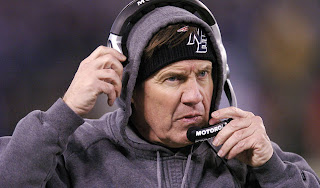 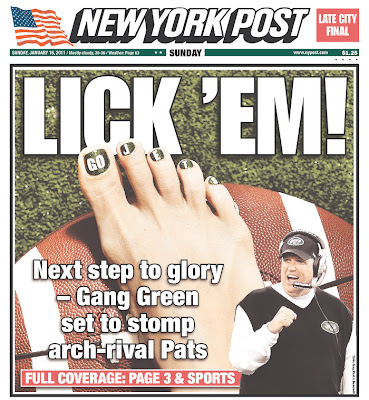 Time for Jets to bring home heads of Belichick and Brady!
FOXBOROUGH, Mass. — For Rex Ryan, for Antonio Cromartie, for all the Jets, the talking is over.

Now go win a game nobody thinks you can win except you.

Go win the kind of big game this franchise hasn’t won since Super Bowl III, from the Mud Bowl to the 1998 AFC Championship to the 2009 conference title game.

Go bring home the heads of Belichick and Brady.

Go capture the imagination of a town that worships miracle teams: the Miracle Mets, the Willis Reed-Clyde Frazier Knicks, the Messier Rangers. The Joe Namath Jets.

It’s your chance now to be Miracle Jets.

New York is just so full of themselves; thinking that the Universe revolves around them and their sport teams. The top two teams in the league are the Packers and the Patriots. The Jets? Give me a break.

But that's New York, and that's the blow-hard Jet fans. Giving us all this media blitz, thinking that wins games, when they should leave the blitz for the field.

You know who Rex Ryan reminds me of? I got a whole plane of Rex Ryans.

Fly into Vegas one day. The whole plane is giddy with excitement, they are all drinking, and everyone has these visions of glory where they're going to take down the casino, or score the hottest babe on the strip. Or for that matter, the babe with the hottest feet. Do you want to see how the people on that plane look? 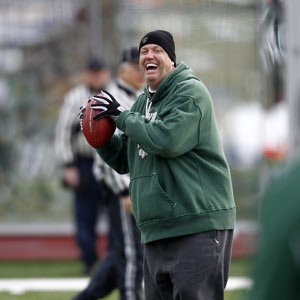 Now do you want to know how the folks who flew into Vegas will look on the way back? The same way coaches look after a game at Foxboro! 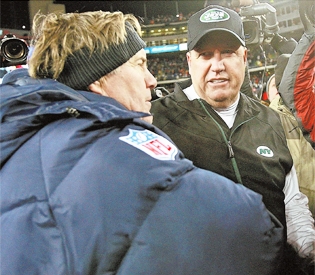 Give Mark Sanchez his due respect!! :D