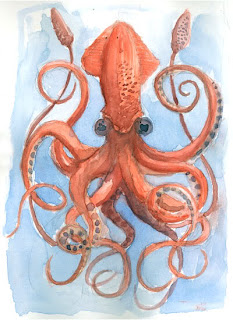 For those with a short memory:

On November 9, 2008 our Government decided to bail out AIG's counterparties, and one of the chief counterparty beneficiaries was Goldman Sachs.

During the House Oversight Committee you had this conversation regarding Stephen Freidman:

Committee chair Edolphus Towns
"At a time when Mr. Friedman was prohibited from owning Goldman Sachs stock, he proceeded to buy 37,000 more shares of it anyway." "That strikes many Americans as unjust, unwise and unfair."

Representative Lynch
"Here's the problem...As a member of the board of governors you're making decisions on matters that directly affect Goldman Sachs, and you're a former shareholder, current shareholder, and then you buy 37,000 more shares of that company that you're overseeing?"

Representative Lynch
Friedman was "obviously in a position of extreme conflict and was given full opportunity for inside trading." "I mean, think about it." "He asks for a waiver; he knows there's a conflict. Then he gets the information that the Fed is going to pump this money into AIG and the positions are going to be covered 100 cents on the dollar. And so with that information, what would you do? Buy another 37,000 shares, baby."

Freidman had to resign.

Now let's go and look at Goldman's latest money grab. In the NY Times, yesterday, it was shown that on December 8, 2008 Goldman Sachs awarded 36 million option grants to it's partners at $78.78 a share, after Goldman Sachs was bailed out by AIG, and 8 days before this bailout was announced in Goldman's December 16 earnings report. This option grant was 10X the amount of the previous year, and it was 1000X the amount of shares that Stephen Freidman had purchased--the same conflicted purchase which caused him to resign! 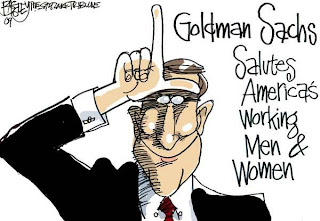 To paraphrase Gene Simmons, "It's good to be Goldman!"
Posted by Palmoni at 11:30 AM

kudos to Palmoni. Lots of piling on your girl Meredith but you were the first to call her out.
http://www.businessinsider.com/another-bond-investors-comes-out-and-slams-meredith-whitney-2011-1

You guys seriously don't see the impending muni bond implosion coming? I mean seriously??? Like if you model the state's revenues and it's outlays on an excel sheet and forecast it out 5yrs and not see the most obvious thing in the world? Damn... there's money still to be made then!

Yeah,well don't believe for a second that the fed won't be in there buying muni's.
All that chatter warning states won't mean squat when the sh*t hits the fan for states. Benny wants his job and won't risk it telling reps and senators to go jump in a lake.

You're just transferring the problem from the state to the federal level. Eventually the problems plaguing our economy will collapse the government's ability to finance its debt.

MOS just got slammed what is your play on it?