Vidale said (from the Pacific Northwest Seismic Network) a seismic monitoring station located about 100 yards west of the stadium registered seismic activity during Lynch's run. The shaking was most intense during a 30-second stretch about the time Lynch broke free from the line of scrimmage, finished off his touchdown and celebrated in the end zone with his teammates.


And here's the seismic on the run 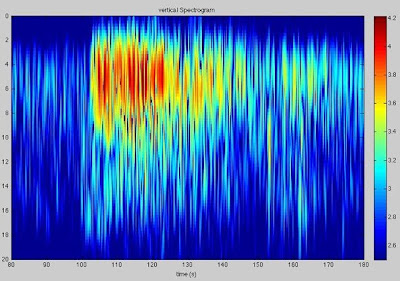