Who's gunning the Government stocks? 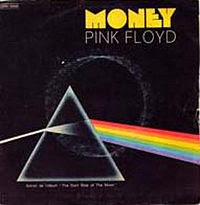 What do all these companies have in common?

Does anybody really buy that? Did anyone buy the story that GS was hedged with AIG?

And what was with AIG's payouts in securities lending? They only paid out $44 billion! What was up with that?

Maybe that's why we are always told there isn't shenanigans going on in shorting.

Why wouldn't they say that? We have guys making billions doing it!

One thing we do know, is that some people, like the clowns at Harbinger Capital, who shorted Wachovia for a $2.5 billion dollar profit, apparently didn't get a good borrows for their shares.
http://aaronandmoses.blogspot.com/2009/03/more-headlines-of-disbelief.html

Anybody think that all of the above numbers don't have billions of shares still short, but not declared?

If these stocks moved on this "news" doesn't it tell you that the games played with these numbers, are just off the charts?

And for those thinking that shorts don't play games, whatever happened to those outrageous CDS swaps on GE?

And didn't the weakness in the market today correspond to the report of GE Capital having big losses?

Heck, GE went up 77% from the lows, less than two weeks ago. Obviously some shorts are scared.

They went from the least to the biggest, and now even the least are fighting back!

When we were up 150 today, a good technical trader I know, said to me that he thought we could pullback to 744.4 on the S&P.

I said, "That would be all the pullback that those on the dark side of the moon would get."

"Your call is "money" even for those on the dark side!"

"Because the bears are just insane!"