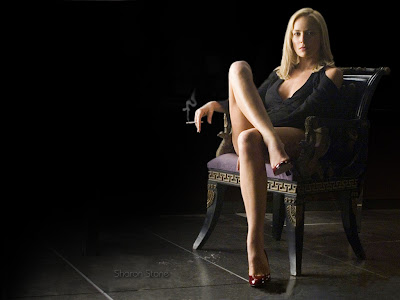 Notice the progression? It's apparent, that the markets were listening to what she said. But just like Sharon Stone, she overplayed her role.

She needs to take her pick!

What cave did you come from? In this century, market players are women. To compare a financial analyst with a fictional seductress is a non sequitur. Get a life.

Get a sense of humour!