Do you have a cover? 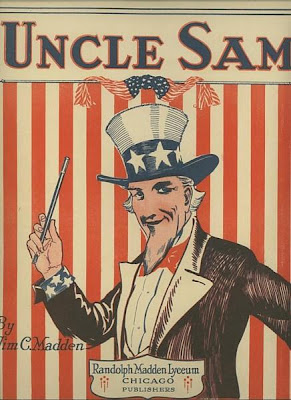 And that's what the banks need. Look at Barron's this weekend, with the article "It's Time to Bet on Financials, Gingerly."

If you were to mark to market everything that the big banks hold on their books, they would all be technically insolvent in terms of their nonperforming assets. But that isn't how the world works. Not everybody is born a millionaire; they have to earn it. So, in a sense, the banks have to earn their way out of this. If the government makes some adjustments on capital requirements, mark-to-market accounting and a few other things to give the banks more time, they will, in almost every case, be able to earn their way out of this crisis.
http://online.barrons.com/article/SB123758908750500121.html?page=3

It's another version of AIG, sponsored by Uncle Sam!

AIG recapitalized the financial system, on the backs of the taxpayer, including the recapitalization of the regulatory capital of the European banking system. AIG was the warehouse for the repository of "toxic assets" but it was done under the cover of swaps with the Fed's "maiden!"

AIG was the first "warehouse that never was!"

And this new plan will be the second warehouse that never was, whereby toxic assets can be unloaded on the backs of the taxpayer. But the public participants are private companies, so we won't get to look at their books.

After all, who would want to have another AIG?

The guy on the street is showing outrage on bonuses, because those bonuses, and those amounts are something that he can deal with. It's easier to understand that these executives are trying to steal a few million for their own pocket, than to understand the hundreds of billions that the banks have already stolen from you! Billions and billions that Bernanke says will be paid back!

After all, how much money does the average guy have hidden from his wife? Unless you're a Wall Street banker, it isn't much, and it can be folded up and be hidden in your wallet!

So, these plans are going to screw the taxpayer, but the Government just wants enough cover, so the taxpayer won't be able to figure it out.

And financial firms are experts at covering things up. All you had to do was listen to Goldman's disingenuous conference call yesterday. After all, Goldman doesn't use algorithms to screw people, they use an "Abacus!"
http://www.allbusiness.com/banking-finance/financial-markets-investing-securities/5171821-1.html

These banks reminded me of this hot chick that I met in college in the 80's. I had a night class with her, and afterwards she invited me over to her apartment, so we walked over to her place on a cold Wisconsin night. One thing led to another, and we ended up in the fold out sofa bed.

And then she asks me, "Do you have a cover?"

At that point, I thought that maybe she was still a bit cold from the walk, so I pulled the sheet over us.

So, this time I pulled the blanket over us.

And then she said in a heated voice, "A cover!" while she opened up the top drawer of the nightstand.

And in that drawer was every conceivable condom and sex toy that was on the shelves of the downtown sex shop on Wisconsin Avenue.

I just had the wrong cover!

And that's just what this Government bailout is about. It's a jackpot for those partnering with Uncle Sam.

They'll make music between the sheets!

But Uncle Sam will still screw the taxpayer.

They just need the right cover!
Posted by Palmoni at 8:18 AM