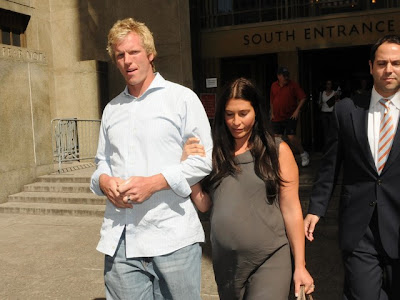 "I'm really just happy it's all over with," a relieved but politely indignant Simms said as he left a Manhattan courthouse with his wife, Danielle. "I love the NYPD, and I'm mad that this happened."

...A longtime friend, former Bryant University quarterback Charles Granatell, told jurors he was solely responsible for a marijuana scent the officer said was so strong it numbed his tongue. Granatell testified that he smoked pot by the SUV while Simms popped into another friend's 40th birthday party. The party's guest of honor, movie producer and nightclub owner Noel Ashman, told jurors Simms was "very, very lucid" during his stop there.
-------------------------------

As someone said, "If Chris Simms can't throw a simple swing pass to the running back, what makes anyone think he can pass a joint."
Posted by Palmoni at 4:30 PM

The main reason why it's always a lot better that one can significant researching preceding doing. You'll be able to share improved page using this method. weed edibles

This is a great inspiring article.I am pretty much pleased with your good work.You put really very helpful information... raw garden carts

Marijuana use in the United States has been increasing dramatically, spurred by recent legislation authorizing medical use of marijuana and decriminalizing possession of small amounts of this plant. In fact, marijuana is the most commonly used drug in the country, with users numbering in the tens of millions. A recent study by the Monitoring the Future Survey even concluded that marijuana use has overtaken tobacco use by teens. weed dispensary in california