After living in the same compound for 6 years, we now here that OBL was ready to flee on a momemts notice because he had 500 euros sewn into his clothes: 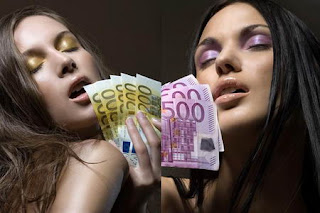 "Osama bin Laden had cash totaling 500 Euros and two telephone numbers sewn into his clothing when he was killed — sure signs that he was prepared to flee his compound at a moment’s notice — top U.S. intelligence officials told members of Congress at a classified briefing in the Capitol Tuesday."

Or maybe he just wanted to get a final lap dance just in case some virgins weren't waiting for him! 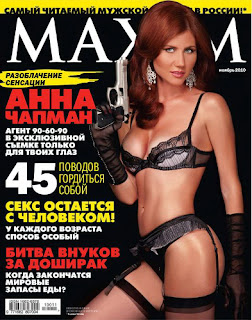 Because after all, if Russian spy Anna Chapman only ranked 77 on Maxim's top 100--who was left for Bin Laden?
Posted by Palmoni at 8:38 AM