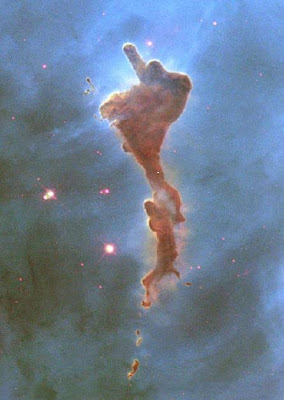 That night, the smell got worse. It was the smell of a rodent, that had died in the attic. It wasn't just something fishy going on, it was a rat! And somehow this incident came to my mind when I was checking out Renaissance Technologies annual returns for 2008.

Simons made some very good money this year by aggressively shorting stocks. Supposedly the astrophysicists and the mathematical wizards with all their PHD's contributed markedly to his success, but somehow their algorithms didn't factor in a good locate or a real borrow.

He testified this year in front of Congress in November, and talked about his mathematical background, and his stint as a code cracker for NSA. Here's a story on him.
http://www.bloomberg.com/apps/news?pid=20601213&sid=aq33M3X795vQ&refer=home

How did his funds do? Here are their returns for 2008.

Thus Simons was able to generate, once again, outsized returns for his employees, but he wasn't able to replicate any of this success to the two funds that the public can participate in. So if you worked for him, you were up 80%. If he managed your money, you were down 12-16%.

So in honor of all those astrophysicists from James Simon's Renaissance Technologies, we have picture from space, of the Keyhole Nebula that tells how Simons treats it's investors!

Now if only we had a rat at Renaissance that could give us the view inside the keyhole....

is that a keyhole with a middle finger up on it?

26 inches tv under 400 pounds
bonus bez depozytu za free
thin Acer laptop 15 inch under 700 dollars
poker za darmo bez depozytu bonusy
besplatne igre kostenlos poker online
If in a given round of betting is not no bet, the player can wait. Waiting (check) means that the right to take action passes to the next player in the direction of clockwise.
holdem online oyna gratuit poker na pieniadze
If all the players around the table waiting round of betting is completed.
learn poker spelen texas school
If you have any questions regarding qualification for the World Series , send them to the address wsop@pokerstars.eu .
* World Series of Poker and WSOP are trademarks of Caesars Interactive Entertainment, Inc. . or companies ( grouped under the name Harrah 's). Caesars does not sponsor or endorse, nor is it in any way affiliated with PokerStars or its products, services , promotions or tournaments . No promotion or tournament on this website does not guarantee a place or its availability or the possibility to register for any WSOP and WSOP related , which is at the sole discretion of Harrah's .

bonusy bez własnego depozytu
kostenlos 3d pokern lernen ohne geld pokersource
freeroll odds calculator riva gratis dollars
jeu de pokerstrategy en ligne argent
No download Holdem Poker link exchange
capitale di partenza bonus pokernetonline soldi
starting capital for poker online
ilmainen bonus free cashable play bez depozita
bonus bez depozytu
spelen poker no limit pokersource yourpokercash
When physically resides is in the U.S. under any circumstances , do not take cash games on PokerStars . Those who do not comply with this ban , lose the opportunity to play on our site and / or stored on the account funds . More information can be found at : The first day of the WPT Fallsview Poker Classic 2014 came to an end . The tournament was attended by 383 players, and less than a third of them survived the other. With 114 players in a big way moved into the lead Matthew Lapossie of 417 400 in chips . Lapossie not recorded in recent times significant results in his poker career.