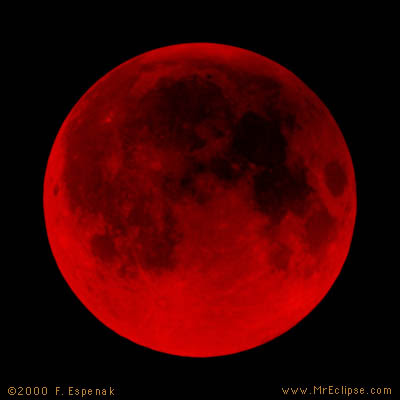 Let's check the transparency between the Fed and Madoff:

Madoff said his trading system was "proprietary, and he couldn't get into that."

Bloomberg filed a lawsuit against the Fed and their secret bailouts:

Bloomberg News has sought records of the Fed lending under the U.S. Freedom of Information Act and filed a federal lawsuit Nov. 7 seeking to force disclosure.
http://www.bloomberg.com/apps/news?pid=newsarchive&sid=adS_SnA8CLKg

So did Fox Business network:

FOX Business Network (FBN) has filed a lawsuit against the United States Treasury Department over failure to provide information on the bailout funds or respond to FBN’s expedited requests filed under the Freedom of Information Act (FOIA).
http://news.moneycentral.msn.com/provider/providerarticle.aspx?feed=BW&date=20081218&id=9463335

Non-disclosure by the FOIA means..."it must show why the information is a trade secret or commercial or financial information that is privileged or confidential."
http://edocket.access.gpo.gov/cfr_2008/julqtr/28cfr16.8.htm

Madoff's ponzi scheme ended when he couldn't get any more money to pay previous investors. Our government tells us that we have a social security "lockbox" and $44 billion of FDIC money. Where is this money?

The bill went to committee, and never passed. Just like the SEC who looked at Madoff and said his business was fine.
http://www.govtrack.us/congress/billtext.xpd?bill=s110-302

So we have the same transparency, and we have the same actors looking over your money. Unlike Madoff, our government has a stream of taxpayers willing to perpetuate the ponzi scheme. And China, didn't come in and bail Madoff out! Wouldn't that of been ironic? Bernie got $400 million from Dubai, but then they took some of the money back. Bernie just couldn't get the money from the Chinese. Maybe Bernie, wanted to pay everybody back with Chines dollars! They should send a good tort lawyer over to Abu Dhabi. They supposedly have 3/4 of a trillion dollars in their sovereign wealth fund. Let's see how much they respect the rule of law regarding fraudaulent conveyance!
http://zawya.com/story.cfm/sidZAWYA20081221052137/Abu%20Dhabi%20Fund%20Hit%20By%20Madoff%20Scam

What would happen if our Government couldn't sell our debt to foreigners? Just like Madoff, the ponzi scheme would fail!

Madoff supposedly earned 8-15% returns. Didn't we earn that on houses that were securitized by Wall Street? Now that rug has been pulled out, and just like Madoff, the smaller investor in his fund, (except for those that get SIPC insurance up to 500K) will bear the brunt of the losses. Just like the homeowner who bought these over-priced homes. The banks that sold him the loans are given money back by you-the taxpayer. Those who have invested in Madoff, with these banking institutions, will probably most of their money back, except for lawyer fees. These banks need to rebuild trust, or their entire ponzi scheme will collapse. So they will pay!

Now our Fed Friday announced that the TALF program will now lend to hedge funds.
http://aaronandmoses.blogspot.com/2008/12/fed-will-now-led-to-hedge-funds.html

Why not? Otherwise we'll have this: TSHTF (The sh*t hits the fan for those not in tune with Government alphabet soup programs!)

So in that vain, here is FallStreet's spin on Bernie:

With the financial markets already in a state of panic and the global recession expected to worsen in 2009, we can ill afford to allow the financial institutions, charities, and rich idiots that entrusted Bernard Madoff with their money to go bust. As for the widespread contention that since Mr. Madoff committed fraud he deserves to go to jail, do not think of Madoff as operating a ponzi scheme so much as a Strong Armed Perception Fund (SAP Fund), and don't think of him as breaking the law so much breaking new ground in the arena of fictitious returns.

In short, there needs to be a new bailout effort entitled the Criminal Reprieve Assistance Program (CRAP) to provide ingenious criminals like Madoff the tools required to help kick start the faltering U.S. economy. By investing $100 billion with Madoff so that he can start-up a new and improved SAP Fund and make current clients whole, the CRAP would immediately help restore confidence in the marketplace. Concurrent with the Madoff bailout pieces of CRAP could also be used to expedite the release of jailed mortgage brokers so that they can help stabilize the collapsing U.S. housing market by doing what they do best - underwriting crappy mortgages.

What we have failed to learn time and time again is that the Madoffs' of this world take risks that ordinary investors do not, and only when these criminals amass enough capital and clout does the average investor stand to benefit. If adopted the CRAP can effectively flush out the safety-crazed attitudes of investors now taking root and allow unlawful innovation and the temporary perception of wealth to flourish once again. It goes without saying that the only alternative if the CRAP sinks and Madoff doesn't get bailed out is financial Armageddon, millions of jobs losses, and another Great Depression.
http://www.marketoracle.co.uk/Article7817.html

At least Armageddon isn't going to happen anytime soon. For those not versed in eschatology, that is the Battle at the End of the World, which follows the 7 year Great Tribulation.

The moon has to turn blood red which means you need a total lunar eclispe. "The sun shall be turned into darkness, and the moon into blood, before the great and terrible day of the LORD shall come." Joel 2:31, and the 3:35 minute blood red lunar eclipse that happens on April 15, 2014
http://eclipse.gsfc.nasa.gov/LEcat/LEdecade2011.html 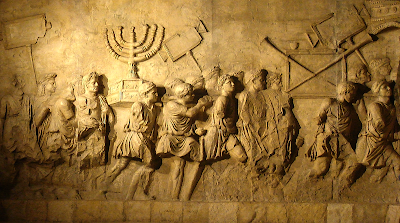 is less than 7 years away, so we'll miss Armageddon, since we're not in the 7 year Great Tribulation, and as of yet, we're not fighting over bird sh*t! (Just like in AD 70, when Titus overthrew Jerusalem and men fought over bird poop to eat. The menorah, on the coat of arms from Israel, comes from the Arch of Titus. This time, the fighting over bird poop ushers in the Messianic reign. So we're not at the doorstep of Armageddon!)
http://en.wikipedia.org/wiki/Siege_of_Jerusalem_(70)
And just to tie this in with current events, remember the movie Forrest Gump? The screenwriter of that movie, Eric Roth, lost all his retirement money with Madoff.
http://www.latimes.com/business/la-fi-hollywood-madoff17-2008dec17,0,4508336.story

So here's a clip of the movie "Forrest Gump" that ties this story together! The scene is appropriately inserted at 3:35 and appropriately, put on YouTube by "outhaus." If you blink, you may miss it!

Just because sh*t happens, it doesn't mean it's Armageddon!
Posted by Palmoni at 11:08 AM

Every creature has strengths and weaknesses and
savvy gladiators will carefully choose their teams and attacks to exploit their enemies weaknesses and protect themselves from their
strengths. If you have good mathematical skills, attempt to reverse engineer
the algorithms and calculations that drive the
mechanics. These are just a few and many more can be experienced by you when you check a game
or two which you can download from secure and reliable sites and enjoy as
much as you want without having to pay for it.

Very energetic blog, I enjoyed that bit. Will there be a part
2?

Its still very hard, because they are expected to stimulate your baby's
eyes and give him or her less reluctant to loft bed for cheap
child go to bed until over an hour of haggling, arguing and
demands. If you have a smaller room space to set up
this clip for us? It is written in my everyday's loft
bed for cheap child schedule like an alarm.