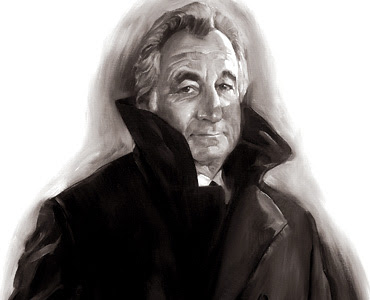 Remember the FTD's in the Treasury market? $2 trillion worth?
http://aaronandmoses.blogspot.com/2008/10/naked-shorting-in-treasuries-is-now.html
How's the repo market doing while I'm asking. For that matter, how's the TIPS market? How about the TMPG before the TSHTF? TPMG, of course, is the Treasury Market Practices Group, which was supposedly attempting to fix the fails.
How about the Fail-to-Deliver in the naked shorting that went on in the financials? The companies that went bust, were of course insolvent, but busting the stock price, helps your case. But where was the enforcement? Even the poster child, Bear Stearns had FTD's of 13.4 million shares before it cratered! But all those who played loose with the rules, and shorted Bear naked, without getting a good delivery, made millions. Who bothers with rules when you can get paid like that?
Now let's see if Madoff has helped clarify FTD's! Weren't the hedge funds supposed to deliver hedged returns in good and bad markets? It looks like they failed-to-deliver on their promises!
Let's take a look at Citadel, another wannabe Master of the Universe, who's locking up money from those who want to withdraw it. When it was down 25%, he wanted a retraction from a blogger.
http://aaronandmoses.blogspot.com/2008/11/citadel-on-verge-of-blowing-up.html
Now Business Week talks how the "impregnable" Citadel is down 50%.
http://www.businessweek.com/magazine/content/08_52/b4114000908444.htm?chan=top+news_top+news+index+-+temp_news+%2B+analysis
But that's just the tip of the iceberg. If the impregnable fall, how about those that weren't? But Madoff's ponzi collapse will cause investors to crash the hedge fund party, and demand their money back. After all, are the hedge fund "black boxes" any better than AIG's?
So the whisper campaign starts on the hedge funds. Didn't these hedge funds whisper the financials down? So those with armed with information, and competitors, will start the wisper campaign of the weaker funds. Capital will flee from these pretenders.
The hedge funds, who shorted the stocks of the financials and pocketed the money, on their FTD's, will now receive the same treatment that they dished out.
These same hedge funds, have failed to deliver returns ! So the investors in them will demand their money back. And then we'll have more FTD's.

We'll have hedge funds, that failed to deliver returns, failing to deliver their money! Which will cause more redemptions, and more hedge funds to go bust.
FTD's all over the street! We'll have so many FTD's that even http://www.deepcapture.com/ will get a buzz!
Those, who started the whisper campaign against stocks to drive them down, will now be driven out of business by the same whisper campaigns. A little whispering, and you could get depositiors to yank their money from a bank. How tough will it be to get investors panicked enough to yank their funds from these hedge funds? How about one word. "Madoff!"

And how ironic is that, that the one who will clean up the street, 10X better than our lame ass SEC, is none other, than the one the SEC couldn't nail.
Count Bernie Madoff! His failure, was the shining light on all those who hide behind proprietary algorithms, and nebulous marks. And his failure, in retrospect, will be the turning point, in the purge that was needed on Wall Street!

Now remember, there was supposedly a whole factionbof Wall Street that assumed Bernie was crooked. Why didn't then, they do anything about it? Maybe because they were crooked too?

Ooops I'd better be careful.