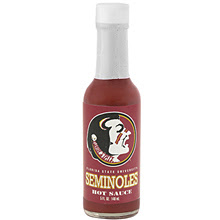 MGIC (MTG 33.50) provides private mortgage insurance to homeowners, and the stock has gotten killed. Some real smart value buyers picked up the stock under 30, when financial markets were occupied with fear and loathing. Today the Fed cut both the federal funds and the discount rate 50 basis points; now fear and loathing have left the building.

The knocks on MTG are known entities, but the two largest are now gone. Fear, was the liability that MTG would have for it's PMI insurance. That's already been discounted in the price of the stock. Loathing was the $4.9 billion merger agreement with Radian, which was called off two weeks ago, but stock buyers were still scared. Today they nibbled, tomorrow the shorts start to cover, and you could get a move in this number, rivaling that what you got in HOV. With 25 million shares short, and a recognization that housing may start to recover, I think there will be a scramble for the shares.

Did you see the action in the investment banks today? Lehman reports good earnings, and, as advertised, the rest followed. The same group think works here. Moody's (MCO 47.33) was up 4 bucks, and PMI Group (PMI 32.57) was up 2 and change. Think like Wall Street. Did HOV save housing with their "Deal of the Century?" No, but it started the shift in pyschology, and the Fed with the cuts sealed it. So today you had the big move in HOV. If the cuts saved housing, then why are the PMI insurers not up big? Wait a couple of days and they will. You just need an analyst to come out and say the coast is clear.

I said it was a "seminal" idea, so you get to remember it with Seminole hot sauce. If you looked at Eva Langoria's tatoos, you may have missed the 10 points advertised in Mastercard (MA 145.81). Don't miss the next 10 here.
Posted by Palmoni at 7:41 PM