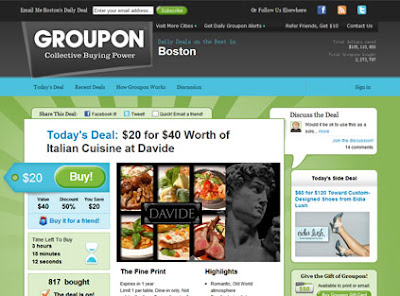 So GOOG is going to spend $5.3 billion for Groupon.

And of course, the Wall Street hand wringers, who always try and manufacture a crisis, and aghast at the news.

The same losers who said that GOOG shouldn't buy YouTube.

What do I think of the Groupon buy? I don't have a clue. But you don't need too. Yahoo wanted to spend $2 billion for it in April, and they turned it down. Three weeks ago, Yahoo wanted to buy them for $3 or $4 billion. Investment bankers wanted to do an IPO and their valuation was about the same as what GOOG would pay.

So does it really matter if GOOG even "overpays?"

Heck remember when Facebook was worth $8 billion? And Mark Zuckerberg was roundly criticized for not bringing it public then? Because Facebook was destined to become the next MySpace?

Did anyone think Facebook would be worth $50 billion a year later?

How about Priceline? It's worth $20 billion. This company was panned as expensive $19 billion dollars ago!

How about Amazon? Remember when that was just supposedly an over-priced online bookseller? How could it be worth $6 billion? Wait--isn't it now worth $80 billion??

So who can tell you what Groupon is worth?? In an Internet economy?

So GOOG has dropped $22 billion in value, because Wall Street is worried that they "may overpay" a billion or two for Groupon.

And you shouldn't either.

You need to buy GOOG here. 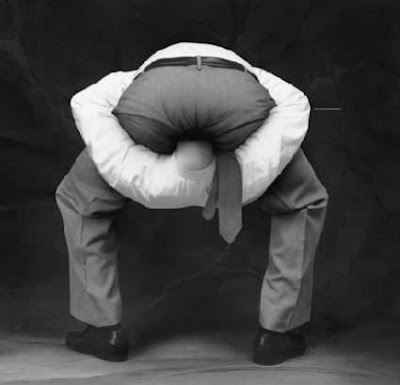 And tell Wall Street to shove their "group think" up their *ss!
Posted by Palmoni at 4:54 PM