Some sarcasm for the Herbalife shorts 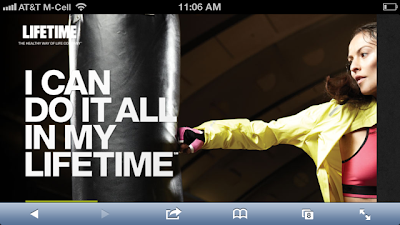 So the other day, I was looking for a gym membership in one of Lifetime fitness gyms. They won't advertise the rates, so you have to email them--So for the year it was $2,953.

I thought that was on the steep side so -so I decided to check out their 10Q, where I see the average membership revenue was decidedly below that--But then, I was at a decidedly upscale gym--so how would that logic work? It doesn't. That's Ackman  math!

But are people renewing at Lifetime? 37% don't.

Oh My!  Where is Pershing square?? Lifetime Fitness is just selling memberships--and 37% of the time no one renews! It must be a ponzi scheme! Oh My!

And their motto is, "I CAN DO IT ALL IN MY LIFETIME."  Oh wait--their name is LIFETIME FITNESS---Oh My!! Yet their members don't even last a year!

It must be a ponzi scheme! Where is the FTC??

Maybe all the folks at Lifetime Fitness that decided not to renew, are drinking shakes at the Herbalife clubs!

Bottom line:  I agree with Carl Ichan, that Bill Ackman is the biggest crybaby, sanctimonious hedge fund whiner that I have ever seen! (note to Carl--have you flipped your NFLX yet?)

But I still own Howard Hughes (HHC 77)! And just watch the HLF circus. Which looks like a pop after the drop! 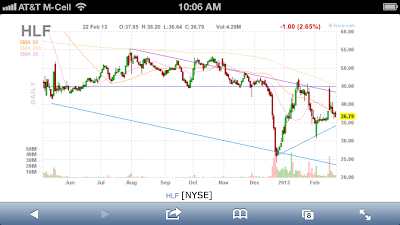 Herbalife, just closed on their acquisition of Dell's manufacturing plant that they just paid $22.3 million for. Dell paid $110 million for the manufacturing plant, and in November Dell touted this sale for $30 million, but now that Dell is going private, they gave away the 750,000 square foot plant for $22 million, and now HLF has a hub on the East coast! Yet Mr. Ackman will tell you they aren't selling any product, and that the FTC will raid HLF, so that nobody can work at these plants, and no jobs can be added in Winston-Salem so crybaby Ackman can make some money on his short! Oh yeah--that's really a smart bet. Only on Wall Street my friends, can such arrogance by Ackman be deemed an investment!! And yet, Silly Billy spent 18 months generating this thesis!!! 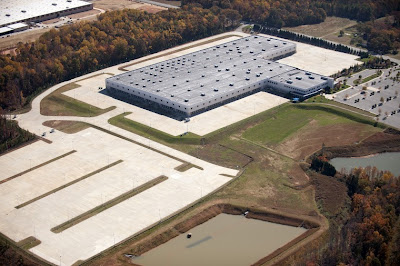 You prepared such an attractive quantity post
"Some sarcasm for the Herbalife shorts" to study generous every topic explanation for us to increase facts and in sequence with no influence to agreement.

Tyya's dad won't fall for absorb anything sizeable at the depend on - no ice cream, no sweetmeats, no cookies. But when the saleslady puts a valuation sticker on Tyya's nose, Daddy is completely feigned to suborn something allowable

This is statutory counsel from the Department instead of Education. Neighbourhood authorities (LAs) obligated to make regard to it when carrying manifest their duty to align timely full-time erudition (or part-time when proper in favour of the kid’s needs) suited for children who are unfit to tend to a mainstream or special school because of their fitness

Tyya's dad won't repress anything fit at the crowd on up - no ice cream, no bon-bons, no cookies. But when the saleslady puts a valuation sticker on Tyya's nose, Daddy is completely laboured to net something allowable