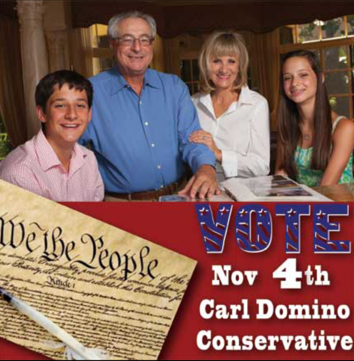 Carl Domino (R) is running for Congress in Florida District 18 against (D) Patrick Murphy. Murphy has the support of  $6 million of campaign donations, and voted with Pelosi 84% of the time.

Carl is a man of principle, and is one of the greatest and most honorable person you can meet. The below video tells his story.

He's a Florida State graduate, Harvard MBA, and just recently at 67, he got his law degree at Nova South Eastern University and passed the bar.

He was a former State Rep for Florida, and runs his own business.

Here is the link with his debate with Patrick Murphy on WPTV.

And on March 9, 2014 at Temple Beth El in Boca Raton, Patrick Murphy said this

" I support J Street's goals and values...I support a shared Jerusalem as the capital city of both Palestine and Israel. The occupation of Palestinian lands by Israel has to be ended. The oppression against the Palestinian people by Israel must end with the creation of a free and independent Palestine. I stand as a proud member of J Street and its goals."

J Street, after his Father, is the largest contributor to Patrick Murphy's campaign.  Murphy is no friend of Israel. So let's hope Carl Domino in Florida District 18 can pull off a big upset today! 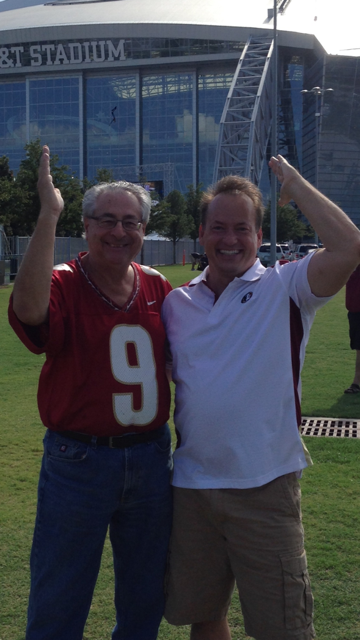 Try not to invest your energy pondering whether being imaginative is a smart thought or not. Advise your conscience to be peaceful for a couple of hours and let your heart guide you in the right bearing.I'm Dreami working on dissertation writing services. Before sufficiently long, you might listen to your heart more than your head.