Buy them! Fake selloff, a fake Fed that won't raise rates, a fake forecasted recession, and a fake forecasted housing crash. All fake news. So BUY them! Here's the names! NVDA 185.48. Everyone is worried about gaming on Wall Street. Who cares? Buy it, Wall Street is FAKE!! 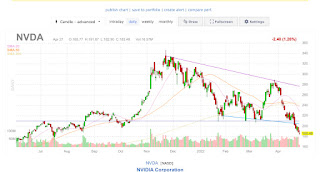 Facebook, FB 177.77 reports earnings tonight. WHO cares? It has $18 ($45 billion) in cash, no debt, and they spent $12 billion building out Meta. Which means earnings could be $12 billion higher! But Wall Street sold it down 200 points! Buy it, Wall Street is FAKE!

AMD is at 85.98.  What does FAKE STREET SAY? The PC cycle is over! All the work from home has been pulled forward. The CEO is a woman; she doesn't know better. Buy it, Wall Street is FAKE!! 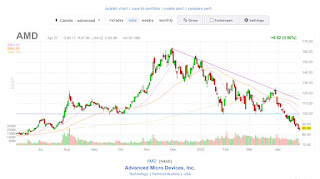 GOOG reported a bit of "weaker" earnings and a $70 billion buyback--and FAKE STREET panicked! Buy it! 2327. Remember when they announced the split and the stock was $3,100? Buy it now! Remember  Wall Street is FAKE STREET!

PYPL is going to report earnings and the stock is at $83.43. Who cares? The stock was $300! Visa had good numbers, and any weakness can be attributed to Russian's not laundering money using Paypal or Venmo! Buy it!! Remember Wall Street is FAKE STREET!! There you have 5 household names, and five bottoms, way better than any bottom Zack Morris will pump and dump you on Twitter! You want to make money! Grab your balls and grab the bottom!