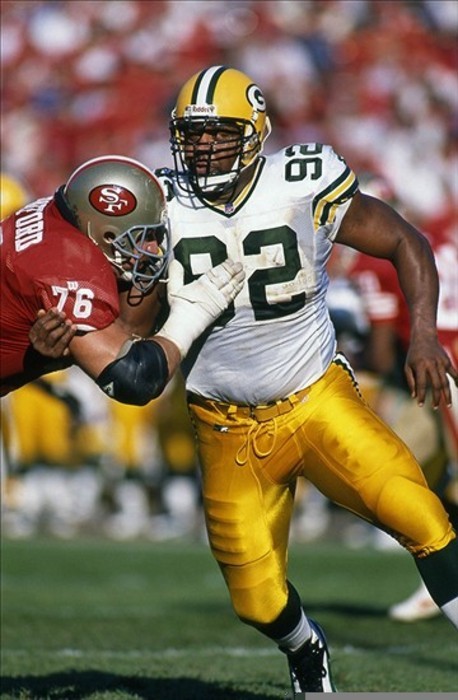 And what was Reggie doing before the game after his prayers? Giving out bounties!

Before the playoff game against the 49ers, White told his defensive teammates that he would hand out cash bonuses for big plays, like interceptions, fumble recoveries and cobweb-inducing hits. Shaking his head now, White says with a groan, "I wound up paying out almost $9,000. You'd be amazed how guys who are making hundreds of thousands of dollars get up and go after that $100. They'll sit in the film room the next week saying, 'Ooh! I caused a fumble and recovered it. That's $200!' "
http://sportsillustrated.cnn.com/vault/article/magazine/MAG1008692/3/index.htm 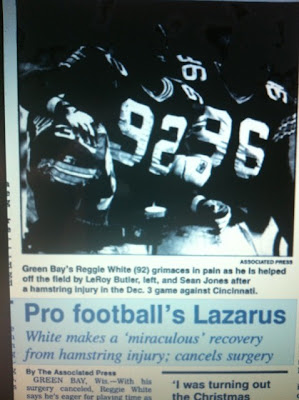 And the commissioner is doing what? Making grown men sign affidavits that they gave out bounties?