Should Tim Cook be out at Apple? 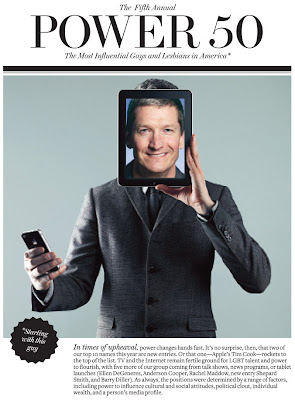 Tim Cook has spoken eight times before Wall Strreet, and every time he has spoken the stock has moved down. Today in the after-hours it went from 429 to 405.  Tim now is promising great stuff in 2014.


Ben A. Reitzes – Barclays Capital, Inc.
All right, thanks and Tim my follow-up just for you, just maybe asking you this every quarter in different ways. But I just wanted to you get reaction to what you thought of the 5-inch phone market at this time versus three months ago? And if anything has changed in your view as to that market and it’s placed in the smartphone world versus your 4-inch product? And that’s it for me.
Tim Cook
Yeah Ben, good question. It might continue to be that iPhone 5 has become the best to supply in the industry. And we always drive to create the very best display for our customers. Some customers’ value large screen size, others value cost of other factors such as resolution, color quality, white balance, brightness, productivity, screen longevity, power consumption, portability, compatibility,apps many things. Other – our competitors had made some significant trade-offs in many of these areas in order to ship a larger display, we want to get the larger display, iPhone by trade-offs (inaudible)...(sic).we would not ship a larger display iPhone while these trade-offs exist...(inaudible)
-----------------------------------------------------------
(Cook basically said the larger screen resolution wasn't good enough with Apple's current technology/operating system)

The reason Apple is panning this is that they have to change their code on their operating system so the screen can be used, and that's the problem. So then, what magic is Apple going to bring to the market? In 2014??

You just have to watch 90 seconds of it, as Tim Cook waxes on and on about the Barcelona store....

He said the company had spent 2½ years working on every detail of the store,”getting everything exactly right.” He mentioned that Apple used limestone from a local quarry to restore and modernize the store. “No one would have done this but Apple,” he said. “It’s absolutely gorgeous.” 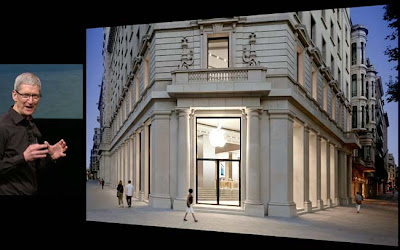 At last June’s World Wide Developers Conference, Cook highlighted the retail chain at the beginning of his keynote to formally introduce iOS 6. “It has a signature glass staircase and the opening had a signature crowd,” Cook narrated as the slides changed from the store interior to the outside waiting line. ”Our customers in Barcelona loved this store...” 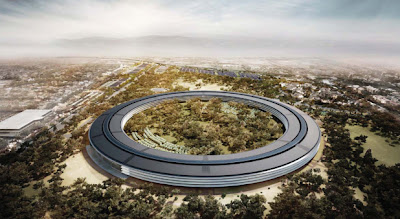 So if Tim Cook got that bent out of shape over the Barcelona store, what is happening to Apple manager's as they are spending $6 billion on their spaceship corporate headquarters??

Apple's idea of innovation is to now take on debt to buy back stock, as AAPL "invests in themselves."

Why doesn't Apple instead invest in a 5" phone?
Posted by Palmoni at 7:38 PM

Oh my goodness! Awesome article dude! Many thanks, However I am encountering troubles
with your RSS. I don't know why I can't join it. Is there
anyone else getting the same RSS issues? Anyone that knows the answer will you kindly respond?
Thanx!!

What's up everyone, it's my first go to see at this website,
and paragraph is truly fruitful in favor of me, keep up posting these posts.

Hi! Do you know if they make any plugins to assist with Search Engine Optimization?
I'm trying to get my blog to rank for some targeted keywords but I'm not seeing very good success.
If you know of any please share. Many thanks!

You could definitely see your skills within the work
you write. The sector hopes for more passionate writers such as you who are not afraid to say how they believe.

Always go after your heart.

There is no such thing as a perfect hosting account.
But before you can start to add files and information to that website, you need to get
hosting in the first place; and ideally cheap web hosting.
However, there are times when one may be absent or both may be absent depending on a case to case basis.

Dear, I like all your post. Everything looks so sweet, I admire this kind of life and the best wishes for you. Hope that we can communicate with each other. By the way, anybody want to boost app ranking ? This one is useful.