Does GAS make you short stocks? 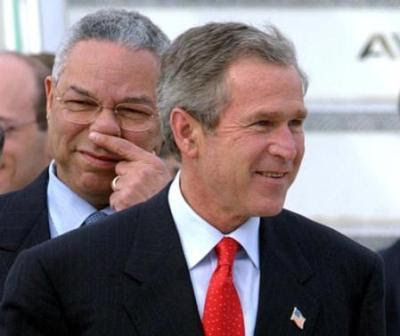 Arki Busson marketed funds for Paul Tudor Jones in the mid-1980s, and Busson's clients did rather well when Paul Tudor Jones "predicted" the stock market crash of 1987. On Black Monday Arki said,

“In doing his research, Jones saw there was a 98 percent correlation between the S&P of the 1980s and the Dow of the 1930s,” says Busson, who was with Jones on Black Monday. “One thing is to have a vision and predict it and the other is to capture it.”

Now we know Paul Tudor Jones has been bearish. In July the market was up 8%, but he was up 1%. Highlights from his August letter:
----------
In its market outlook, the firm takes the view that the run-up in stocks over the last 100 days is a “bear market rally.” “The bottom line is that we are not inclined to aggressively chase the market here,” the firm said in the letter. “Rather, we eye a better opportunity to be long equities into year-end on a potential autumnal pullback.”
---------

If Tudor Jones is betting on a crash, and the "charts" are correlated with the 1930's, as there were in 1987, and if in that year, his clients tripled their money when the crash happened, how short then is Paul getting?

But Arki at EIM will stick with Paul Tudor Jones. At least he knows the money will be there, ala SIPC, versus FDIC! (interpretation--Jones will lose or make money, but unlike Madoff, who got Arki for $230+ million, he won't steal it!)

Maybe the folks at Paul Tudor Jones have G.A.S. The Grumpy Analyst Syndrome. This was portrayed on Jeff Mathews blog, in regard to some grumpy analysts on Toll's conference call.
-------

A hallmark of any major market rally—like the one we’ve had since the March give-up—is what we here at NotMakingThisUp call Grumpy Analyst Syndrome.

G.A.S. occurs when Wall Street’s Finest—who generally get around to throwing in the towel on their favorite stocks only at the tail end of whatever bear market we’ve just been through—miss the normal head-snapping rally that tends to follow the give-up phrase of that very same bear market they finally caved into.

Not that it’s easy to identify the actual give-up phase while it’s happening, mind you.

After all, so many head-fakes occur along the way that by the time the give-up comes it’s hard to focus on writing buy tickets while you’re you-know-what-ing your guts out and asking yourself “How,” in the words of the famously self-berating former New York Yankee Paul O’Neill, “could anyone be this bad???”

Of course, one excellent indicator of the give-up phase itself is the number of Wall Street analyst downgrades on stocks hitting their all-time lows. It’s a sign that enough of their clients have sold those very same stocks that Wall Street’s Finest finally feel comfortable downgrading the names without fear of backlash—which means things are getting sold out.

Thus it is that once the give-up passes and the rally begins, Wall Street’s Finest always—and we mean always—find themselves in the uncomfortable situation of having thrown in the towel at exactly the wrong moment.

What they do afterwards, naturally, is what any rational human being would do when the facts change: they acknowledge the new reality, re-evaluate their recently adopted negative stance, and change their rating back to “Buy.”

What they really do is this: they get grumpy, and they look for bad news to support their recently adopted negative stance.

Now, for the record, we’re not speaking here as embittered, disillusioned clients of Wall Street’s Finest looking to get even.

Rather, we’re speaking as a former member of that club, one who made the same mistakes years ago that they’re still making today.

Thus we believe we are well-qualified to report on one fine example of Grumpy Analyst Syndrome, which occurred during last week’s Toll Brothers earnings call.

At least now, the vernacular has progressed to gas!

It's Wall Street's version of the prequel!
Posted by Palmoni at 5:52 PM